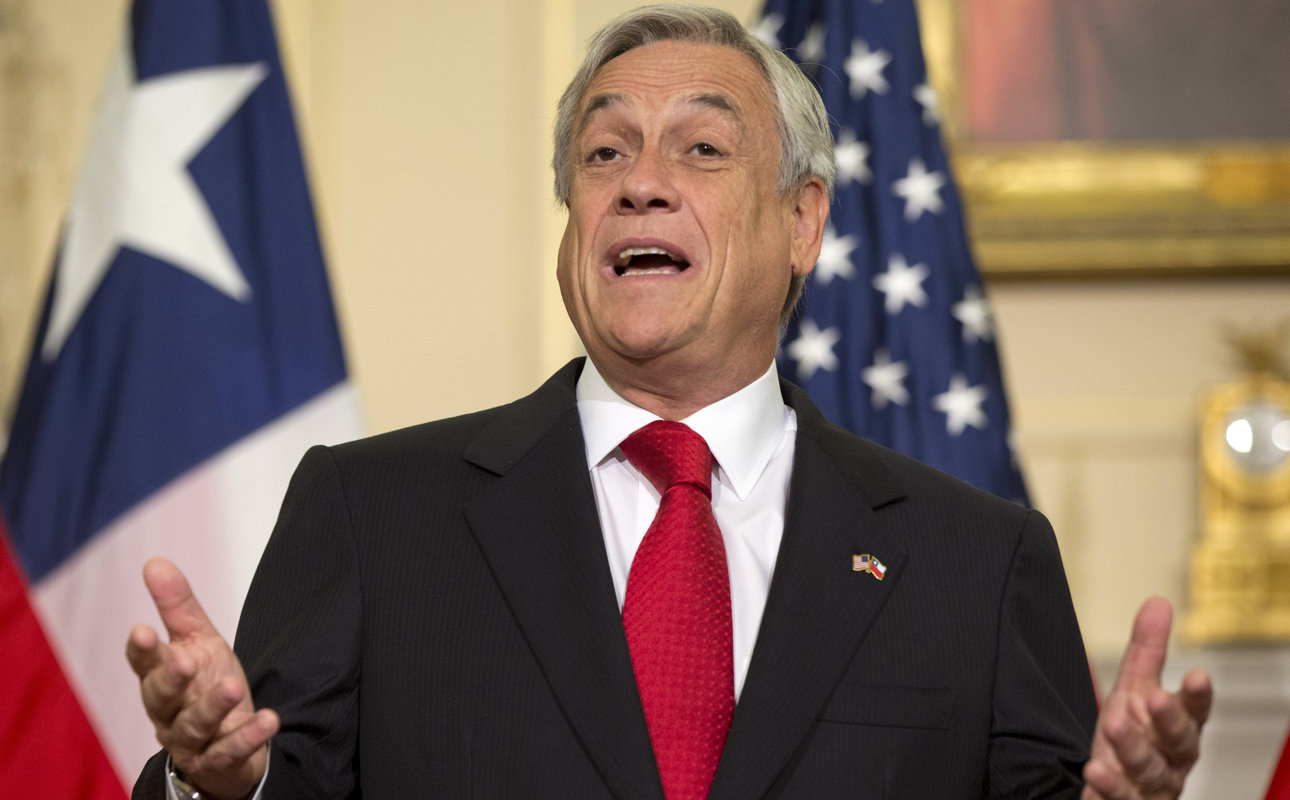 Since his candidature during the election for president in Chile, Sabastian Pinera pledged that he will double the rate of growth after the election. The idea is to adjust corporate taxes and add rebound in investment so that he can double economic growth.

Who Is Sabastian Pinera?

This newly elected president of Chile is a trained economist from Harvard who became the first conservative president since 1990 when the military ruled. He is also one of the wealthiest men in Chile and no stranger to politics with a fortune estimated approximately one billion dollars.

He made his fortune during the ’80s when he introduced credit cards. He also invested in lots of businesses such as Lan Chile which is a top football club, Chile’s most prominent leading airline, and Colo Colo television channel.

The main idea during his campaign was an industrial part, which is his stronger suit, where he promised that he would create a social development to fight poverty and create new jobs for both private and government sector. His words went through the ears of people, and he was elected.

What Did Pinera State During His Campaign?

Even though he became the president in the extensive margin, he discussed in his campaign the importance of the economy, because Chile is the most substantial copper producer and the additional growth will show in the tax revenue which will increase the budget to $700 million.

He stated during the campaign that the primary goal for Chile is to reach the highest level of development and that by 2025, they will become the first country in South America that will overcome underdevelopment issues, which is the biggest in the world.

The main problem was that the nation lost the possibility to add average expansion and investment cycles which means that the state entered the worse period in the last century.

He estimates that the economy will grow by 3% in 2018, where the main addition will be copper prices, better expectations for global trade and higher public spending that will expand the economy and overall quality of life.

His other goals are to increase the investment rate by 3% for this particular government, and that will double the capacity for open jobs and create medium and small businesses. The idea is to simplify the tax system and to create an adjustment that will affect everyone and enter into labor reform. He has been the target of criticism because of socialistic measures that he wants to implement in the government.

He also wants to push prime tax rate which will be 27% for companies and average OECD up to 25%. The idea is that tax rate in the corporate sector will bring ordinary appliances so that he can extend the economic growth and commercial availability. It is essential that tax rates on individuals state the same and remain unchanged.

He also wants to focus on the balance between expenditure and income in the next eight years, and to stabilize debt so that GDP could increase naturally.

Sabastian Pinera Promises After The Election

After the election, Sebastian Pinera won the president seat as a conservative presidential candidate, and he immediately returned to his promises that he made during the campaign. He finalized it with a statement that economic growth will increase doubly by 2025 and will make a country to achieve a developed nation status.

He presented himself as someone who could change the politics and economy of Chile, but still, there are lots of challenges that await him. For example, a devastating earthquake struck Chile and killed more than 500 people, destroying most of their homes.

What’s left to be seen is if natural devastation will slow him down or not!